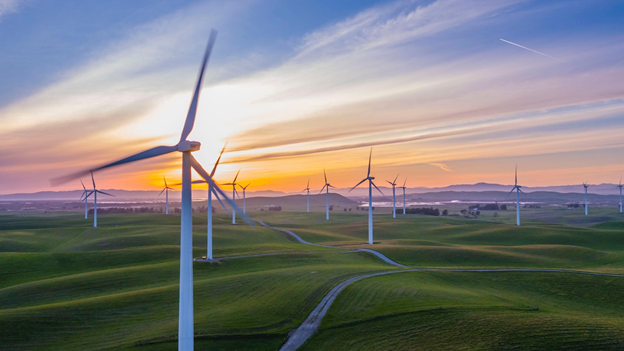 With the continual advancement in modern technology, renewable energy is forecast to go from strength to strength over the coming years. So much so that by 2050, renewable energy will generate 50% of global electricity. This goes in opposition of President Trump’s ambition of saving the coal industry, which looks unlikely to come to fruition, with coal-powered generation forecast to make up 11% of the global electricity generation by 2050.

The Bloomberg New Energy Outlook (NEO) 2018 report, states that the cost of batteries will continue to fall, leading to a rapid increase in the ability to store off-peak electricity and resell it to the high-demand market. This trend will pave the way for renewable energy sources, especially solar and wind projects, to acquire a greater portion of the electricity market. According to the report, this will lead to a $11.5 trillion investment in clean energy between now and 2050. The majority of investment will go towards solar and wind power ($8.4 trillion estimate), with $1.5 trillion also being invested into various other zero-carbon technologies such as nuclear and hydro.

Head of Europe, Middle East and Africa for Bloomberg New Energy Outlook and lead author of the report, Seb Henbest, said “We see $548 billion being invested in battery capacity by 2050, two thirds of that at the grid level and one third installed behind-the-meter by households and businesses. The arrival of cheap battery storage will mean that it becomes increasingly possible to finesse the delivery of electricity from wind and solar, so that these technologies can help meet demand even when the wind isn’t blowing and the sun isn’t shining. The result will be renewables eating up more and more of the existing market for coal, gas and nuclear.”

Bloomberg New Energy Outlook has predicted that there will be a 17-fold increase in the amount of solar photovoltaic capacity, with wind power capacity being six time greater than it is today by 2050. Experts have said these figures will be driven by a reduction in the Levelised Cost of Electricity (LCOE). New PV plants have also been forecast to drop by a further 71% by the turn of the mid-century, with onshore wind drops by 58%.

Bloomberg New Energy Outlook’s Head of Energy Economics, Elena Giannakopoulou in a tweet: “Coal emerges as the biggest loser in the long run. Beaten on cost by wind and PV for bulk electricity generation, and batteries and gas for flexibility, the future electricity system will reorganize around cheap renewables – coal gets squeezed out.”

Despite this, the future for gas-powered stations is not all doom and gloom according to the report, although their uses will differ to how they’re being utilised today. They will become increasingly used provide backup and support for renewable energy sources, as opposed bearing the full load.

What we can deduce from the aforementioned changes is that they suggest greenhouse gas emissions will also rise by 2% from 2017 to 2027 before a steady decrease. 2050 will see these emissions at 38% lower than they are today.

At Green Recruitment Solutions, we have an award winning team of Renewable Energy recruitment specialists. Passionate about making the world a better place, we have proven to be a catalyst for many of our Clients.

If you are a company seeking to recruit, or a candidate in search of a new role; please contact Irfan Lohiya on: